GRADUATION: AN END ONLY INSPIRES A BEGINNING

We had our “Global Semesters Graduation Ceremony” last night followed by a meze together at the same place with which we started this semester. It was a great idea. Able to sense the difference in the atmosphere and the people between the first meze and the last, I found the change stunning. I sat with the same friends as I did at the beginning; with Nicole, Destiny and Cindy. The ceremony took place in the same amphitheater as did our orientation. Again, the atmosphere was so darn different. I remember that first day when we all had to gather there and introduce ourselves. Grumbling I had to stand up in front of all these people, I managed to say “My name is Michael, I go to TC3 annnddd, um, I’m introverted.” I was so reserved before, like usual (it takes me a while to integrate anywhere). But now? At the last major gathering? I would have gotten up and danced in front of these people. 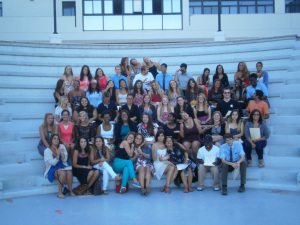 That isn’t all of us, but it’s most. Some people had either already gone home, or they had a final or they just skipped it. We got our little Global Semesters Cyprus Spring 2014 Graduation Certificates and while it may not be as “official-looking” as graduating University, I’m still framing and hanging that thing on my wall. I am damn proud of that. It signifies more than I could ever say and more than anybody else in this world could understand. It’s mine.
Thanos gave us a nice speech and he said something very true: You guys have changed. A lot. You may not see it but we see it, and you won’t see it until you go home. When you get home you’ll realize just what this unique experience has done.
I believe it and that has crossed my mind many times this semester. I always like to gauge how far from who the rest of my family is I have moved. I have noticed and tried to suss out a number of things since I’ve been gone. But there’s still that aspect I have yet to detect. Who am I now? That’s an answer for the future.
I’m largely done with my finals. I have only one left and it’s next Friday morning. What the heck am I going to do with so much free time? I have a lot planned and I’ll tell you about it.
It starts…with the water park in Ayia Napa!! Aww yeaa! Wish me luck; this is going to be one tough week. :P 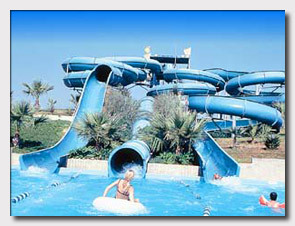