It’s no surprise that Cyprus has some of the most beautiful beaches in the world. When some friends and I went to Ayia Napa, I was expecting the beach to be beautiful. This completely surpassed my expectations. Normally when they say water is blue, it means it’s a really clear green….but this water was actually blue. Against the shoreline, it was a light turquoise. As you went farther back, it became a deep teal. It finally faded into dark sky blue—that color the sky turns in mid-August right before it gets completely dark. Our group of friends went to Nissi Beach. This was actually the second time I have been to Nissi since I arrived in Cyprus two months ago (yesterday marked my two month anniversary in Cyprus. It went by WAY too fast!). Last time we were there was two weeks ago. The water was beautiful, but everything was pretty dead. All of the shops were closed, and there wasn’t even a public restroom available. Fortunately there was the ocean, but if anyone had to go to the bathroom the other way, it might be an issue. In just two weeks, so much has changed! The bathroom was opened up (in case you were worried), and a restaurant and bar also started running again. It seems like there are several other restaurants, bars, and clubs on the beach that haven’t opened yet. I’m really excited to see what it will be like when everything is at its full potential, because it’s already so amazing!
Other than the beautiful water color, Nissi also has this really stunning sandbar. It cuts through two huge bodies of crystal-clear water, and when you follow it, it takes you up to a small cliff. There are beautiful rocks that you can climb into, and there’s even a small hole that almost looks like a mini cave. The water underneath the rocks is half emerald green and half turquoise, and in the sunlight it’s immaculate. My friends and I took turns sitting on the rocks overlooking the water and pretended to be mermaids (fun fact about me: I’ve always wanted to be a mermaid).
Even though we were just pretending to be mermaids, seemingly everyone on the beach treated me as if I were from another planet. I think I might talk weirdly. One guy came up to Val and me to give us fliers for some club that was opening up. For some reason, he couldn’t understand a word I said. Val had to translate for me, even though we were both speaking English. He understood her perfectly, but he didn’t understand me. I know I’m from New Jersey, but I didn’t think my accent was that obnoxious. Maybe that sentiment isn’t shared by Cypriots, though. Anyway, this wasn’t the only bizarre language encounter. The man that worked at the bar was trying to give Val and I drinks. When he asked where we were from, I said “guess” (sidenote: whenever anyone has asked me where I’m from on this trip, I always say “guess”. About 75% of the time, people nod their heads and pretend to know where that is, not realizing that I’m telling them to take a guess, not that I’m from a country named Guess). Anyway, this man was convinced that I was from Russia. When we told him we are both from America, he believed that Val was, but he didn’t believe me. I think non-Americans have this strange misconception that if you don’t have blonde hair, you’re not American. Only two people have ever guessed that I’m from America, and both spent time in the US before. The places people have guessed include: Ireland, Russia, Italy, Poland, Cyprus (lol), Holland, France, and Denmark. I’m not complaining, because many non-Americans don’t exactly love America. Anyway, I’ve been digressing. The point is Nissi Beach was awesome. It’s so beautiful that you need to see all the pictures at once, so here they are (the pictures don’t do it justice though): 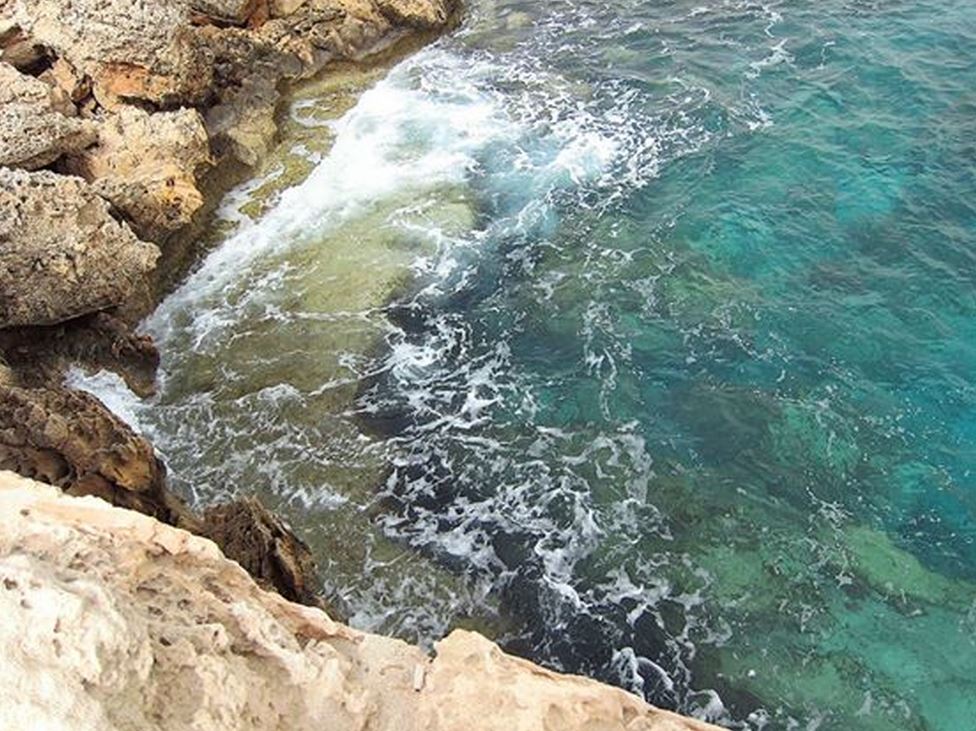 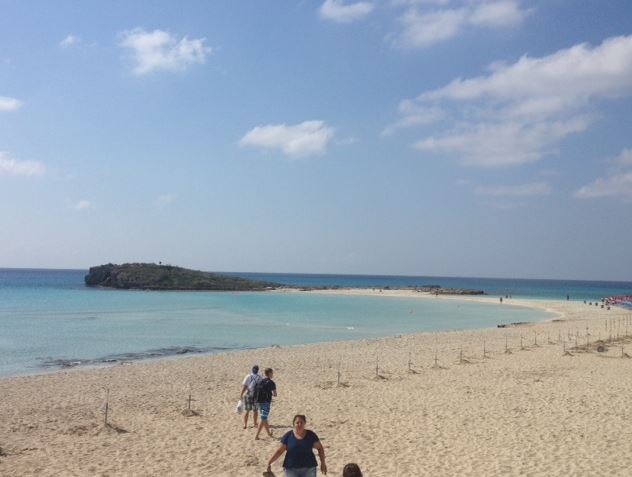 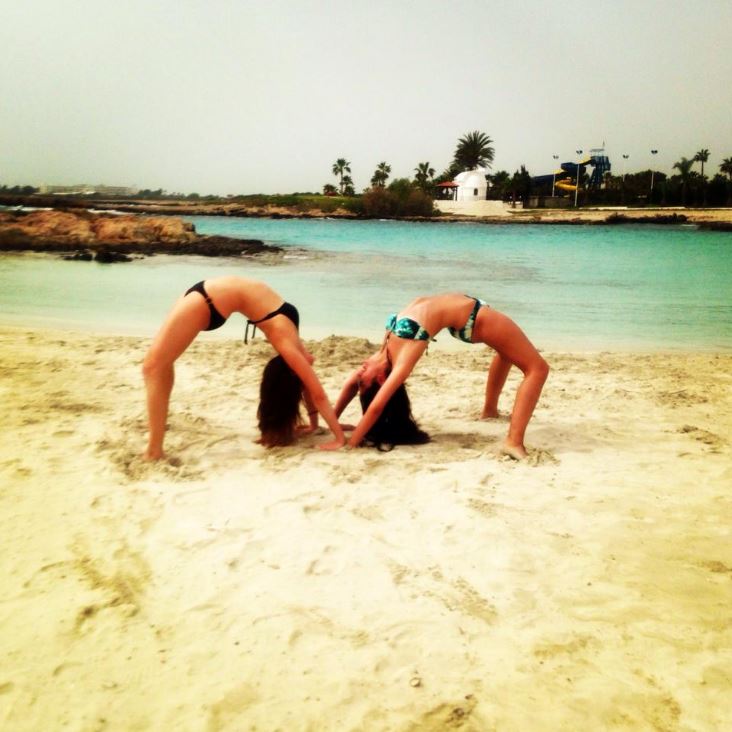 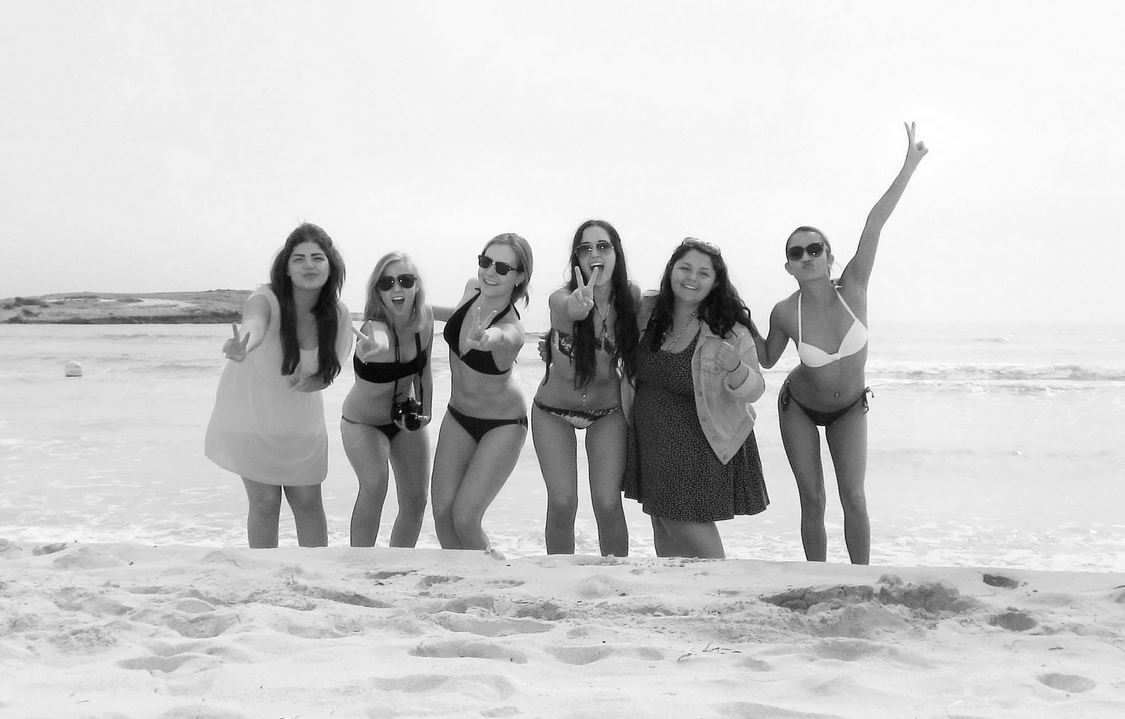